I love this time of year! Because the year is coming to a close? Christmas celebrations are nigh? I won't have to do the school drop off and pick up for a couple of months?

This time every year I make my Book Club selections for the year to come. I love it! Pondering what great reads are available. Contemplating how to challenge my members with genres they might not usually read. Finding ones that are reasonably priced! Selecting authors who will join in the book club fun and participate by way of a Skype chat, or email Q & A.

There is one missing from the list below...a fabulous story by an Australian author near and dear to my heart. When I can share more, I will :)

So, here are my 2016 selections (minus one) for the Novel Journey Book Club. And you are getting insider info - my members won't about this list until we meet this Friday night for the last time in 2015! Unless, of course, they skulk around here sneaking a look! 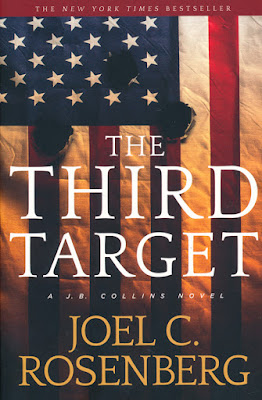 The Third Target by Joel Rosenberg

When New York Times foreign correspondent J. B. Collins hears rumors that an al-Qaeda splinter cell—ISIS—has captured a cache of chemical weapons inside Syria, he knows this is a story he must pursue at all costs. Does the commander of the jihadist faction really have weapons of mass destruction? If so, who is the intended target? The U.S.? Israel? Or someone else? With tensions already high, the impending visit of the American president to the region could prove to be the spark that sets off an explosion of horrendous proportions. Knowing that terrorist forces are already trying to bring down two Arab governments in the region—Iraq and Syria—can Collins uncover the truth before it’s too late? Or will the terrorists succeed in setting their sights on the third target and achieving genocide? 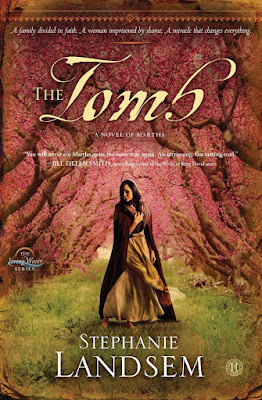 The Tomb by Stephanie Landsem

Everyone in Bethany admires Martha-the perfect Jewish woman. She feeds and clothes her loved ones, looks after the family farm, and meticulously follows every precept of the Pharisees' strict laws. But Martha is hiding a secret. At her sister's marriage feast, she gave her heart and her innocence to a young musician who promised to return and marry her, but instead betrayed her love and abandoned her.
Seven years later, only two people in Bethany know of Martha's secret sin: her brother, Lazarus, and Simon, the righteous Pharisee to whom Martha is betrothed. When Lazarus falls ill, Martha is faced with a choice: send for Jesus to save her dying brother-risking the wrath of Simon who threatens to betray her-or deny Jesus' healing power and remain trapped in her tomb of secrecy and lies.
Meanwhile, on the shores of Galilee, Isa roams the wilderness, tortured by demons and knowing only that someone is waiting for him. When he is healed by Jesus, he finds that seven years have passed since his descent into madness. Isa journeys home to Bethany only to find he is too late to win back Martha's love.
When Martha risks all to heal Lazarus, will Jesus arrive in time, or will he-like Isa-come too late? 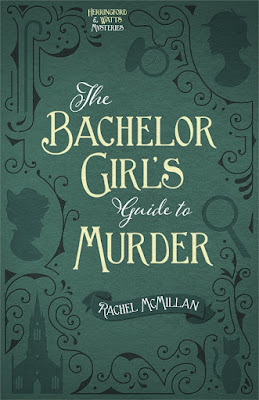 In 1910 Toronto, while other bachelor girls perfect their domestic skills and find husbands, two friends perfect their sleuthing skills and find a murderer.
Inspired by their fascination with all things Sherlock Holmes, best friends and flatmates Merinda and Jem launch a consulting detective business. The deaths of young Irish women lead Merinda and Jem deeper into the mire of the city's underbelly, where the high hopes of those dreaming to make a new life in Canada are met with prejudice and squalor.
While searching for answers, donning disguises, and sneaking around where no proper ladies would ever go, they pair with Jasper Forth, a police constable, and Ray DeLuca, a reporter in whom Jem takes a more than professional interest. Merinda could well be Toronto's premiere consulting detective, and Jem may just find a way to put her bachelor girlhood behind her forever--if they can stay alive long enough to do so. 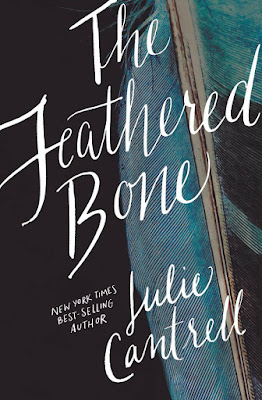 The Feathered Bone by Julie Cantrell

In the pre-Katrina glow of New Orleans, Amanda Salassi is anxious about chaperoning her daughter’s sixth grade field trip to the Big Easy during Halloween. And then her worst fears come true. Her daughter’s best friend, Sarah, disappears amid the magic and revelry—gone, without a trace.
Unable to cope with her guilt, Amanda’s daughter sinks in depression. And Amanda’s husband turns destructive as he watches his family succumb to grief. Before long, Amanda’s whole world has collapsed.
Amanda knows she has to save herself before it’s too late. As she continues to search for Sarah, she embarks on a personal journey, seeking hope and purpose in the wake of so much tragedy and loss.
Set amidst the murky parishes of rural Louisiana and told through the eyes of two women who confront the darkest corners of humanity with quiet and unbreakable faith, The Feathered Bone is Julie Cantrell’s master portrait of love in a fallen world. 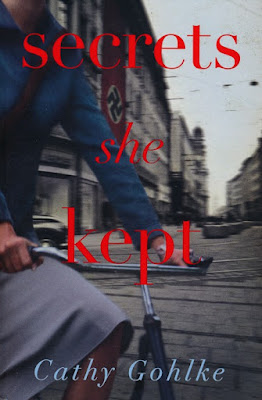 Secrets She Kept by Cathy Gohlke

All her life, Hannah Sterling longed for a close relationship with her estranged mother. Following Lieselotte’s death, Hannah determines to unlock the secrets of her mother’s mysterious past and is shocked to discover a grandfather living in Germany.

Thirty years earlier, Lieselotte’s father is quickly ascending the ranks of the Nazi party, and a proper marriage for his daughter could help advance his career. Lieselotte is in love—but her beloved Lukas is far from an ideal match, as he secretly works against the Reich. Yet Lieselotte never imagined how far her father would go to ensure her cooperation.


Both Hannah’s and Lieselotte’s stories unfold as Hannah travels to Germany to meet her grandfather, who is hiding wartimes secrets of his own. Longing for connection, yet shaken by all she uncovers, Hannah must decide if she can atone for her family’s tragic past and how their legacy will shape her future. 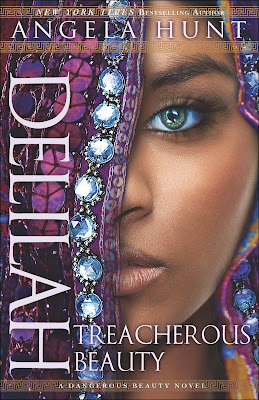 Life is not easy in Philistia, especially not for a woman and child alone. When beautiful, wounded Delilah finds herself begging for food to survive, she resolves that she will find a way to defeat all the men who have taken advantage of her. She will overcome the roadblocks life has set before her, and she will find riches and victory for herself.

When she meets a legendary man called Samson, she senses that in him lies the means for her victory. By winning, seducing, and betraying the hero of the Hebrews, she will attain a position of national prominence. After all, she is beautiful, she is charming, and she is smart. No man, not even a supernaturally gifted strongman, can best her in a war of wits. 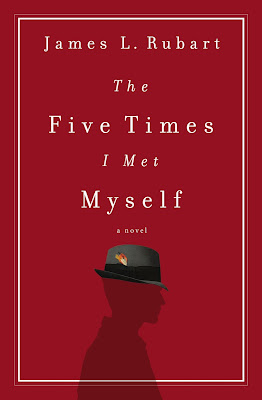 The Five Times I Met Myself by James L. Rubart
What if you met your twenty-three-year-old self in a dream? What would you say?
Brock Matthews’ once promising life is unraveling. His coffee company. His marriage.
So when he discovers his vivid dreams—where he encounters his younger self—might let him change his past mistakes, he jumps at the chance. The results are astonishing, but also disturbing.
Because getting what Brock wants most in the world will force him to give up the one thing he doesn’t know how to let go . . . and his greatest fear is that it’s already too late.

What do you think of this list? What books is your book club planning on for next year? 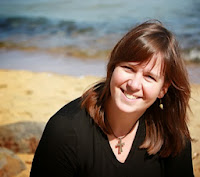 Rel Mollet founded her book-reviewing blog www.RelzReviewz.com in 2006, which is dedicated to showcasing Christian Fiction and its writers by way of reviews, author interviews, character spotlights, and more. Rel is a contributing writer for FamilyFiction.com, and an Advisory Board member of the INSPY Awards.  A book club co-ordinator for over a decade, Rel resides in Melbourne with her family.