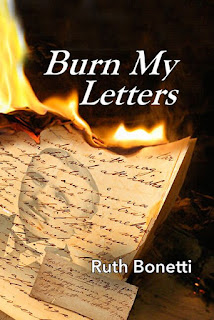 
At the end of the 19th century Finland is a dark and repressive place. Pacifist and political dissenter Karl Johan Back is conscripted to fight for the Russian despots that occupy his country. In 1899 he flees to an untamed land on the far side of the world. Finding refuge on ridges overlooking the Byron Bay lighthouse in northern New South Wales, he grows orchids and lush tropical fruit.


Intrigued by her ‘black sheep’ great-uncle, Ruth Bonetti pieces together the motives that propelled his flight. Finnish relatives share a treasure-trove of letters that provide answers to the many questions raised by Karl Johan’s quest for freedom.


Why did Russian military police pursue him as far as Suez?


Why did he publish under a pen-name?


And, most intriguing of all, why did he implore his family to burn his letters?
Website