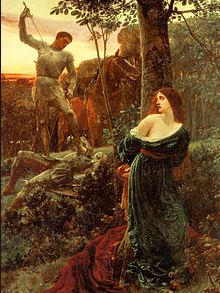 We Australians are reputed for some funny sayings. Though these names are not used so much in today’s vernacular, in times past the Aussie slang for woman was ‘sheila’, and for man was ‘bloke’.

A few years ago during a Uni lecture - Cinema Screen and Theatre – we were shown a reel that highlighted the Australian movies of the last 100 years. In the reel they had a section entitled ‘Sheilas’ and specifically focused on the way women had been represented on the screen over that time. I watched with a combination of amusement and cringe as the documentary-maker honed in on the early movies from the 1920’s through to the 1950’s where the female characters were depicted as helpless, pathetic and always in need of rescue. The scenes chosen were done so in a deliberate attempt to show the attitude toward women in the pre-feminist era. There was a very obvious scoffing at how the hero had to come in to lift the heroine from her downcast position, her head lolling back as she stared up in awe at her rescuer. Cringe. It did make me want to say: ‘toughen up princess!' Then as we moved on past the 1970’s the heroine became much more aggressive, and was able to fend off attackers herself, using bricks and other bits and pieces that came to hand. 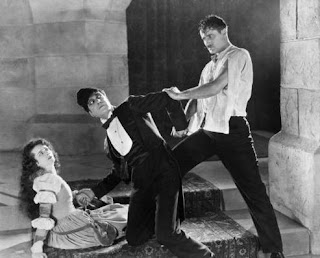 Mind you, the way the blokes were depicted in this collage during the early years showed men who were condescending and verging on arrogant. Sitting in our post-modern era, even I felt like giving them a good shellacking.

As I was pondering on what I had seen during the class I had fully understood the message that was intended: the helpless damsel in distress is pathetic and needs to be an independent, self-sufficient woman. The rescuing hero is a self-important, arrogant, oppressive personality.

But something wasn’t quite right with the message, and I was upset by it. I’m a writer of romance, and a strong self-sacrificing hero is essential. Admittedly, I’m not a fan of a useless heroine. She needs to have some gumption and presence of mind, but having need of a rescue and assist every now and again can lead to some nice romantic interaction.

Examining this idea that exists in my mind at least (though I suspect I’m not alone as evidenced by the popularity of the romance industry) raises a question: Where does this fascination for a rescuing hero come from?

In the past I have talked about an innate need for a hero/saviour. The old Webster definition for romance included these words: a fabulous story of love or of war. Romance is all about strong heroes; Action characters who rescue situations and damsels. Why do we, men and women both, enjoy a story of heroism? My immediate response is: all mankind need a hero/saviour, and that hero is Jesus Christ who has effected the great rescue of all time. We do not rescue ourselves from sin and death using a brick or anything else. It is the sacrificing blood of Christ, and our grateful response of surrender to Him. Are we pathetic and useless? Perhaps, but we are also saved, and without Him as our hero we wouldn’t be able to make any sacrifice or be involved in any works that would give us the eternal life we have through His work.

The Biblical picture used is that Christ is like the husband, head of the church - the bride. It isn’t a popular picture in terms of modern feminism, but if we think back to that documentary reel I viewed, Christ doesn’t fit that pattern. He has never been condescending, arrogant or oppressive. That is not who our hero saviour is. And I don’t think he calls us to be pathetic and useless either; Grateful, gentle, trusting, submissive perhaps, but not useless. He calls us to courage and action. He tells us to submit our burdens to him and that He will be our strength.

So has post-modern feminism killed off the great hero? How does that affect our view of the need for a saviour? Can the princess really save herself?

For me, I think I will continue to enjoy a strong, self-sacrificing, take-charge hero in the romance I read and write and keep in mind the Saviour who is all those things and more.

‘How Sweet The Sound’ by Meredith Resce is a fantasy story about a hero, Prince Justin, sent to the Island of Terranin to save the governor’s daughter, Christina, from the violent usurper, Lucien. It is a parable of the story of Christ the redeemer. 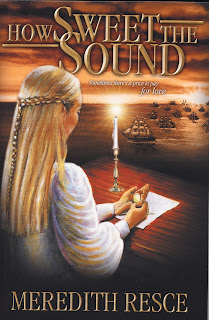 Meredith Resce – author of the ‘Heart of Green Valley’ series, ‘Mellington Hall’, ‘Falling for Maddie Grace’ and many other novels.