This year, the cross posts between Christian Writers Downunder and Australasian Christian Writers are focussing on the subject of genre. Last time, Iola Goulton gave a great overview of the importance of meeting genre expectations. This time, I have been asked to explore the science fiction genre. In particular, the subgenres of space opera and superhero.

Merriam Webster dictionary online defines space opera as "a futuristic melodramatic fantasy involving space travelers and extraterrestrial beings". I find it best to talk about space opera in terms of what it isn't. It isn't hard science fiction. Hard science fiction (think Isaac Asimov, Arthur C. Clarke, or The Martian by Andy Weir) places a great important on the science. The speculative elements in the story must be seen as scientifically plausible. Space opera, on the other hand, places a higher importance on adventure than it does on science. This is where we see "magical" technologies like the warp drive, transporters and universal translators seen on Star Trek. What matters is telling an exciting adventure in a space setting. Of course, this is a spectrum, rather than a hard boundary. The re-imagined Battlestar Galactica took great pains to be believable and realistic, while Guardians of the Galaxy just focuses on the fun of it all, completely abandoning basic science.

Space Opera is very much alive and kicking in the Christian market, but not so much with the major publishers. There are a lot of great books coming out from small publishers and indie authors. Most are coming from America at present.

Some Examples in the Christian Market

Superheroes have definitely become big in mainstream entertainment. Once considered to be "just for kids" by some people, they now dominate Hollywood. In addition, superheroes are moving beyond their traditional medium of comic books into other story-telling media, like novels and video games.
Superhero stories come in a range of different tones, from the light-hearted and campy (Spiderman 1) to the serious and gritty (Batman V Superman). Some superhero stories are more closely aligned with science fiction (Superman) while others are more closely aligned with fantasy (Doctor Strange). It all depends on the source of the character's powers. And then there are the masked vigilantes that have no powers, just gadgets, fighting skills and smarts (Batman and Daredevil - although you might argue that Daredevil's heightened senses constitute a super power).

Superhero stories can often blend with other genres. For example, Man of Steel is a first contact/alien invasion story. Ant Man is a heist story. Captain America is a period WW2 story.
Sometimes the superhero aspect of a story is overt, but sometimes is can be subtle. For example, Tosca Lee's thriller The Progeny is not marketed as a superhero story, but it features a protagonist with some unusual abilities.


Some Examples in the Christian Market

My superhero story Chronostream's Father will soon be appearing in Superheroes: The Crossover Alliance Anthology V3 from edgy Christian publisher The Crossover Alliance. The book releases at the end of this March. I also have a superhero novella in production. The first episode of my space opera series Jewel of The Stars is very close to being ready for release. If any of these projects interest you, be sure to sign up for me email list, so you can be informed when they become available. 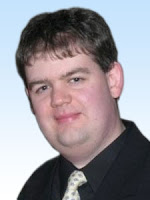 Adam David Collings is an author of speculative fiction. He lives in Tasmania, Australia with his wife and two children. Adam draws inspiration for his stories from his over-active imagination, his life experiences and his faith.
Adam is a great lover of stories, enjoying them in books, movies, scripted TV and computer games. Adam discusses these on his own youTube show – Stories with Adam Collings.
Find him at adamdavidcollings.com or sign up to his email list for a free short story.