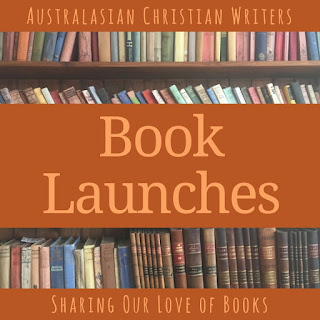 There are many types of book launches. Nowadays and especially in the world of independent publishing (indie) the main kind is the online ‘release’ date of the book.

In contrast, this article is going to focus on the kind of event where people physically turn up.


Purpose of a physical book launch

As the name implies, it is to send your book out into the world with a bit of a bang rather than letting the event happen without anyone knowing.

It allows you to tell the story behind the book and create buzz. Hopefully it also allows you to sell lots of physical copies of your book and gain new fans.

Timing of a book launch

Generally the closer to the actual publication day the better. However, my fiction launch was six weeks after the online book release. This allowed some of the attendees to have already read the book. They came and bought more copies for relatives, friends … obviously this won’t happen if they don’t like the book. They functioned as a group of walking book advertisements.

What do you actually do at a book launch?

The short answer is, it depends on what kind of book you’re launching.

Non-fiction is generally easier, especially if it is on some sort of speciality area. My first two books were traditionally published non-fiction on the ‘how to’ topics of Bible storytelling and discipling others. The problem was that both of them were released overseas - UK and US. Thus, there was no physical ‘launch’. One of the publishers did arrange four radio interviews for me.

It wasn’t until the second one was translated and published into Chinese that I was physically present to launch.


It turned out to be a big series of events. The publisher asked me to prepare a seminar based on the content of the book. We decided two hours was a reasonable length.

I was able to adapt material from the many training seminars I’d done. My launches were interactive seminars but lectures may also be appropriate.

In the end, I did seven ‘official’ (publisher arranged) book tour seminars. On top of that, I arranged a further six in smaller towns. The publisher printed posters to advertise the book launch tour, internet … and did all the booking of venues … all I had to do was turn up. They also paid travel expenses.


The key to seminars is to do enough to make people hungry for more. If you cover everything in your book then they are unlikely to see any reason to buy it!


I’d already been an ‘author’ for six years when I did this first tour. God really stepped in because four days before the first and biggest seminar (220 attendees), I had my appendix removed. By God’s grace and the kindness of the publisher (providing a bar stool for me to sit on rather than having to stand), I made it through.

Two years later, I did another tour of mostly the same places. Many who attended the second one had attended the first. We sold many additional copies of the first book at the second launch even though they were on different topics.

If your book has elements of history, biography or memoir, then you can give ‘teaser’ sections. The key is to always leave the hearers wanting more.

Had yet another table with an assistant and a computer to encourage people to sign up on the spot to join my email subscribers. Those attending are already ‘fans’. Helping them to make that ‘official’ while they remember and have someone to assist them with technology is a smart move.

I will be back next week to talk about my experiences with a different kind of book launch: launching my self-published novel, Grace in Strange Disguise. 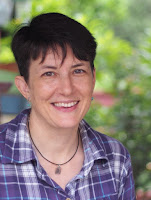 Christine never intended to become an author. The only kind of writing she wondered if she might do was biography. However, it was a surprise to her to write poetry, non-fiction and now, fiction.