The Travesty of Vanity Publishers

It has been suggested that I write a series of posts illustrating some of the common fiction editing issues I see, and suggesting improvements. A good idea, yes, but who is willing to put their name next to deliberately bad writing to see it torn to pieces? Or, worse, is there anyone willing see a piece of writing they thought was good attacked by the editor’s figuraitve red pen?

Anyway, to get to the point.

One of the oft-heard refrains of vanity publishers is that they don’t publish everything submitted to them. Terri Blackstock made an astute comment regarding this in a recent blog post:


Their claims that they only publish twenty percent of their submissions (or whatever number they offer) doesn’t disclose the fact that most people walk away when they learn that it will cost them money to publish with them.

I think Terri's nailed it. However, that’s getting off topic again.

It is the considered opinion of most people who are against vanity publishing that they publish anything someone is willing to pay for. One group of Science Fiction authors decided to put this to the test.

A group of more than thirty members of the Science Fiction Writers Association (SWFA) collaborated in an effort to write the worst book ever, and get a publishing contract from Publish America. Atlanta Nights by Travis Tea (say that quickly) is the result. Each writer was given a broad chapter outline, and told to write badly. A couple of writers didn't make the deadline, so their chapters were missed out. One chapter (apparently) is repeated. One chapter is written by a computer.

Is Atlanta Nights the worst book ever? No. While Atlanta Nights is bad, I’ve read worse (naming no names, but it was published by one of the “Christian” vanity publishers featured in one of my earlier posts). 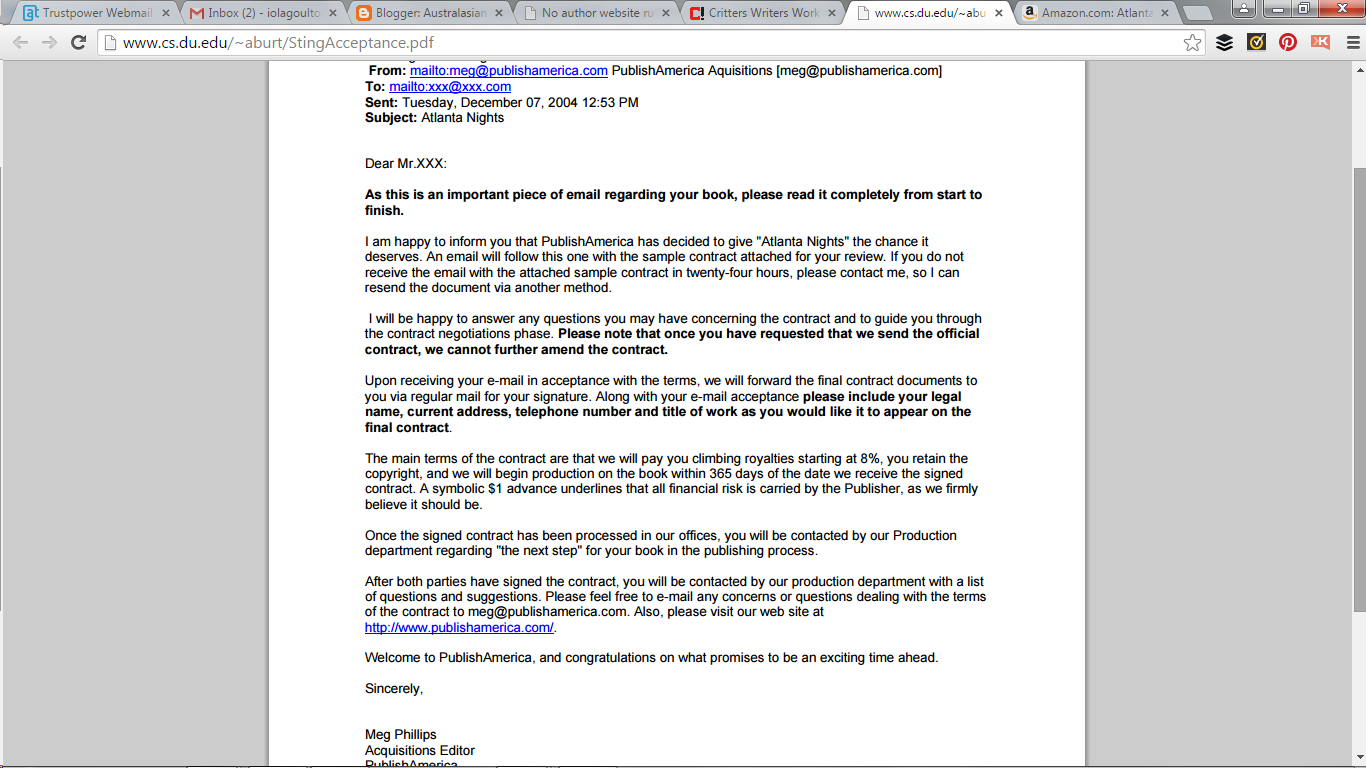 … who promptly rescinded the offer when they found the whole thing was a ploy. 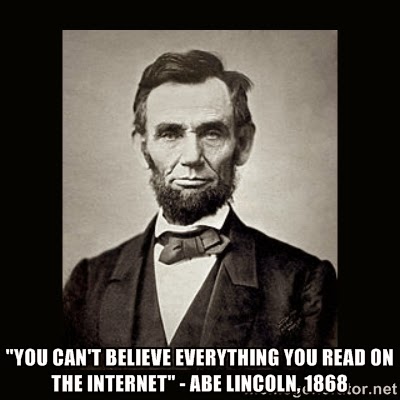 In fairness, no one should read endorsements like these and think they're getting a good book:


"The world is full of bad books written by amateurs. But why settle for the merely regrettable? Atlanta Nights is a bad book written by experts."

"Prepare to be amazed! ATLANTA NIGHTS shows readers a level of storytelling you rarely see in traditionally published fiction. It is an experience you'll never forget."

— Chuck "20" Rothman
and my personal favourite:

— Derryl Murphy
Anyway, thanks to thirty or more enterprising authors (and one enterprising computer programmer—apparently one chapter was written by a piece of software), we have a Really Bad Novel to use for some show-and-tell editing posts. And no one is going to get offended. The “authors” of Atlanta Nights (to use the term broadly) permit—even encourage—others to use Atlanta Nights as a teaching aide. And so we will.

Please be warned: Atlanta Nights is not Christian fiction, and contains language which may offend some people. Actually, it contains a lot of bad words and words used badly, which should offend anyone who holds the English language dear. Sometimes it even spells those words right.

If you’d like your own electronic copy of Atlanta Nights, it’s available free at http://critters.critique.org/sting/. Paper copies are available from Amazon and Lulu, should you need an overpriced doorstop (royalties go to the SWFA Emergency Medical Fund).

I'll be back next week with Pain, the first instalment of my editing series.