It’s almost two months since I wrote my first post on the, ahem, touchy subject of sex in Christian novels. If you haven’t read it or would like to refresh your memory, you can find it here. Thank you to everyone who commented on my question: When is realistic too much? Your thoughts were both insightful and intriguing.

Every fortnight, a group of us from a local church get together at Zarraffas (a Queensland coffee chain). These ‘Ladies of Reedy Creek’, as I’ve dubbed them, range in age from 30 to 70+, and are very accommodating when I ask them questions concerning writing. All I have to do is bring out my pen and little black notebook and they’re like meerkats on alert.

This week, I asked them what they thought about sex issues being addressed in Christian novels. (Picture a group of extremely alert meerkats). Not only were their responses unanimous (except for one who left to attend a doctor’s appointment – or so she said) but they were strongly felt.

Here’s a summary of what they said:

There is a definite demand for stories which are G-rated, however, they would like to see Christian books which address the more gritty issues too. For example:
• Characters with a past which is described realistically, just not graphically.
• The struggle men (and not just teenage ones) have in their thought life
• The pressure to remain pure without making purity an idol
• Guilt issues surrounding premarital sex
• They would prefer sex to stop at the bedroom door but agree there is a need for stories which address intimacy problems, particularly for those who
o are entering marriage for the second time
o have blended families
o have suffered sexual, physical, or emotional abuse

Talking of bedroom doors, as I mentioned in the previous post, Francine Rivers left the door wide open in her latest novel, Bridge to Haven. Personally, I thought the wedding night was written very tastefully. It wasn’t graphic and didn’t include body parts, although the word ‘naked’ was used. There was the usual nervousness, but also fear because of what had gone before in the life of the main character, Abra. I thought the scene necessary in order to show the redemptive healing process. Nevertheless, Francine copped a lot of criticism along with the five-star reviews.

As we all know, everyone has a differing opinion of what’s okay and what isn’t, so how do we write about these sexual issues in our novels?

Diana Gabaldon, best-selling author of the Outlander series, says this: ‘Sex scenes are not about sex. A good sex scene is about the exchange of emotions.’

Now, before you shut down your computer in horror, I’m not suggesting we should write sex scenes! (Goodness, I find kissing scenes difficult to write, let alone anything more, lol). But maybe, just maybe, there’s a clue to our dilemma in that quote.

Rather than write a graphic scene – be it rape, abuse, intimacy issues or even healthy sex – perhaps we could focus on the visceral and emotional responses of our characters. Could this be a way of showing the effects of these experiences without offending? Is this the answer for displaying the realism we seek?

Here’s a quote from one of the Ladies of Reedy Creek (who also happens to be a pastor’s wife). NB: we were discussing the realism issues when she said this:

‘We’re bombarded by (sexual) explicitness and negativity in the general market. What are we offering in return?’

There’s been a lot of talk about including realism in our stories, but where do the more gritty and confronting aspects of life fit?  I’m a romance writer, and while I like to write as realistically as I can, I’m not convinced that explicit content belongs in my genre … at least, not in real time.

I believe that in a romance novel, these darker themes belong in backstory. Readers of romance expect to be taken on a journey which explores the beauty and wonder of falling in love. That’s not to say our characters don’t go through hardships and trials – of course they do or else there’s no conflict and without conflict you don’t have a story. (Note: if there isn’t a happy ending in the book you’re reading, then it’s a love story, not a romance.)

Bridge to Haven is women's fiction. Jo Wanmer’s Though the Bud Be Bruised falls into the fiction category. Paula Vince’s Picking Up the Pieces is YA fiction. They all deal courageously with the unpleasant and harsh realities of life, but while they may include elements of romance, they are not romance novels.

It seems to me that getting the genre right and having an understanding of what is expected within each one is extremely important when tackling these concepts.

Think of the Christian books you've read which have been out of the box as far as realism goes. In which genre have they appeared?

As always, I look forward to reading your comments. 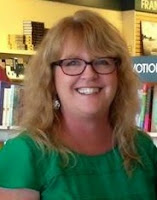 Andrea writes contemporary romance. Her first book A Simple Mistake was a finalist in the CALEB Awards 2012. Her second novel Too Pretty was released in 2014 by Rhiza Press.

Andrea would love to hear from you via her website or Facebook page:
http://www.andreagrigg.com/
https://www.facebook.com/author.andreagrigg
Posted by Unknown at 05:00