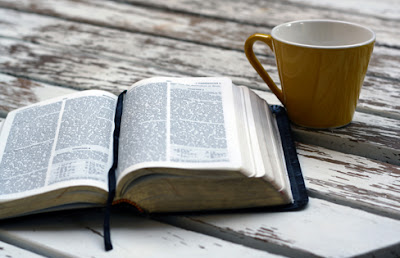 Most good movies, plays, and fiction are written in three acts. As writers we understand that each of those three acts push the story along.
To simplify:

1. The First Act is the set-up, where we introduce our characters and what they want most.
2. The Second Act  consists of conflicts from without and inner struggles all of which make it almost impossible for them to reach their goals.
3. The Third Act is the climax and conclusion where all ends are tied and we discover whether they lose, or get what they most want.... or something better.

I was amazed to discover that our Bibles have also been written that way. This is not biblical scholarship by any means, but I'm just looking at the big picture.

The set-up: God brings Adam a beautiful mate from a rib near his heart.
So the union of male and female still stands as God's definition of marriage, despite the outcry from those demanding to change it.
The First Act: Despite having the pick of every luscious fruit in Eden, they believed they were missing out on the one thing forbidden to them. They were smart enough to make their own decisions. Why shouldn't they be able to run their own lives without God's interference? And from that first wilful act and failure of one simple test, chaos came into our world.

And we're no different. Soon after we're born we discover we also have a strong will, and as we grow we find it difficult to accept God's plan for our lives. Yet He knows and understands us better than we even understand ourselves. He was there when we were being formed in the womb. Psalm139.

The Second Act: Things rapidly happened in the human sphere. The whole human race, except for a few faithful followers, sinned with abandon and the Old Testament records this. But God wrote HOPE in His book and promised a Saviour.

As writers we're told to SHOW and not TELL.  God did both. He gave His guidelines, The Ten Commandments  to TELL  us how to live. But when people tried to follow those rules and failed, God SHOWED them how to live by sending His own Son, Jesus. His life, death and resurrection became the focal point of history. Everything that had gone before now made sense.

The Third Act:  Every book has a conclusion. And the climax of God's story is coming soon.
Every life comes to an end. Yet God writes the name of everyone who trusts in and follows Jesus in His Book of Life. We have no idea what a year, a month, a week, or even a day might bring. Life is unpredictable. But we can know this: Nothing ever takes God by surprise. He knows the end from the beginning. His book begins with His Plan for us. And it ends that way.

Besides her daily radio ministry with her husband, Indie Publisher,
Rita Stella Galieh's three published books in her Victoriana Series are now online as ebooks. If you like the Historical Romance genre and TV series such as Downton Abbey etc. you'll enjoy these.
See:
http://www.ritastellapress.com/buy-novels.html

and scroll down to the ebook widgets.
or Click
<https://www.smashwords.com/books/byseries/24011>


Costumed as a governess, Rita shares a fun presentation on The Etiquette of the Victorian Era, at ladies, seniors groups, coffee mornings and dinners, then finishes with the above message.
contact:  ritagal @ optusnet  dot  com dot  au.
Posted by Rita Galieh at 00:05